Welcome to the Ron Grainer web-site

Welcome to the Ron Grainer web-site, as far as we are aware, the *only* web-site devoted to the late, great composer. Ron has never received the credit he deserved for a life-time of work composing music for television, film and stage musicals. In the area of television in particular he has written five themes which are almost indelibly imprinted in the memory of anybody over the age of 50, and some much younger:

We hope to continue to build this site, adding more information and photos and other illustrations as they become available. We urge anybody interested to get in touch with us if you have something to contribute.

We are unable to help anyone who is looking for music from older recordings as we have no facility to copy from vinyl or audio-cassette to sound files.

Geoff, Ruud & Gareth, with thanks to Jenny & Damian Grainer, and Marjorie Scully, nee Grainer, Ron's sister, for their valued assistance and encouragement.

All photos and other graphics are used without permission and are for promotional purposes only. If any owners object to this, please let us know and they will be removed. All files on this website are for personal use only and cannot be bought or sold. 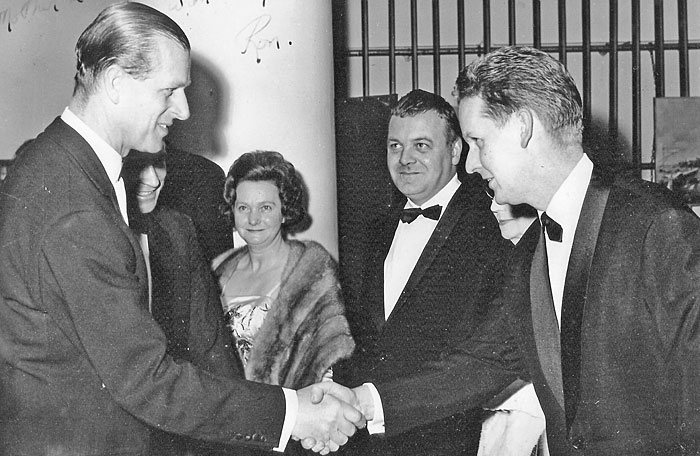 I don't know the name of the film but it was about one of Philip's Good Causes so Ron donated his earnings from the sale of recordings of his music. Apparently they were briefly at the top or near the top of the charts. Regards Marjorie Scully.

We are indebted to:

free template joomla
Back to top