One More Time – documentary about 60s and 70s session players

One More Time is a work in progress documentary which tells the story of the musicians who worked on studio sessions during the sixties and seventies. Several former members of The JB7 have taken part.

Hit and Miss: The Story of The John Barry Seven 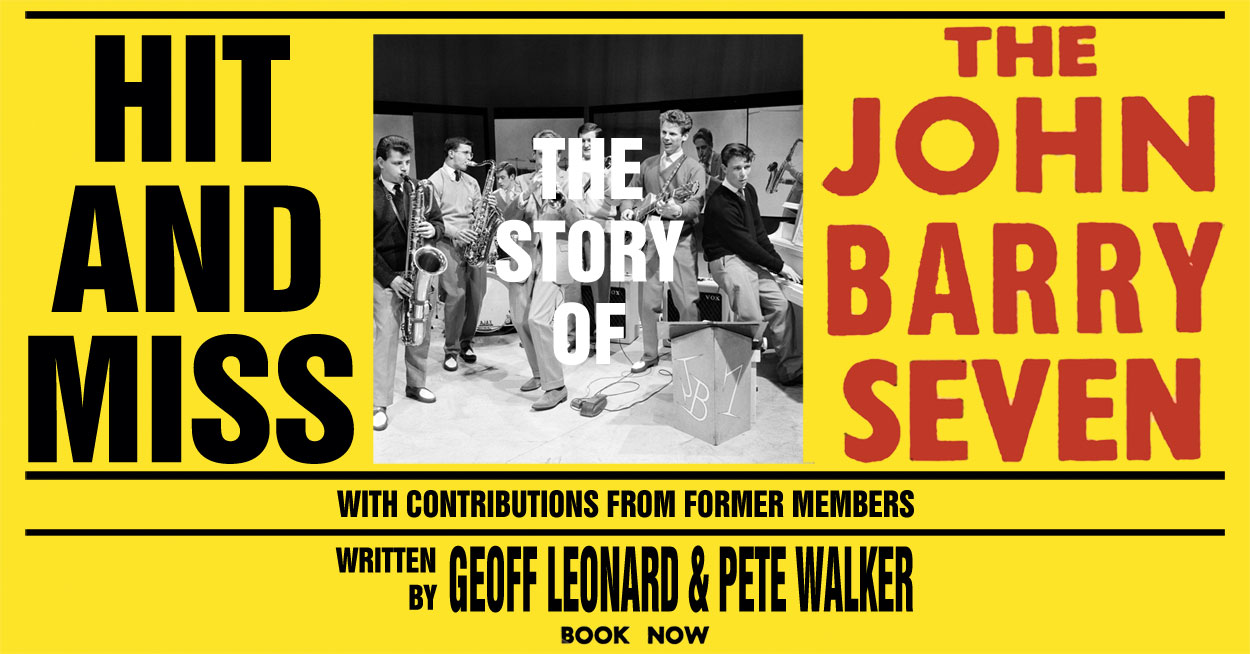 In a few months time, our book "Hit and Miss: The Story of The John Barry Seven" will be published. Thoroughly and painstakingly researched over a number of years, it will feature contributions from several ex-members of the band and from friends and relatives of John Barry.

Comprising of around 350 pages, it will also be packed with an array of rare photos of the band, and the singers they often supported, as well as some unique images of memorabilia and documentation from that era; some never previously published, many more seldom seen.

Even if you are not necessarily a devotee of The John Barry Seven per se, the book offers a fascinating historical insight into the British music scene of the period and, more importantly, provides an essential read for anybody remotely interested in discovering more about John Barry's formative career.

It will be of great assistance to the authors if you would indicate an interest in purchasing a copy of the book *now*, without obligation. We will then be able to notify you as soon as the book is available with details of cost and how to order and pay.

This email address is being protected from spambots. You need JavaScript enabled to view it. and we will be in touch in due course. Visit our dedicated web page here!

Obviously your personal details will be kept secure and not shared with anybody else.

On April 21, Record Store Day in the UK this year will see a limited vinyl release of Ron Grainer's score for the cult film, The Omega Man, which starred Charlton Heston.

Although already released twice on CD, the double LP is sure to prove popular and difficult to obtain.

We are indebted to David Huggins for alerting us to this radio interview from 1966, in which Ron talks about his early career and explains how he writes music.

Readers might be interested to know that excerpts from two Ron Grainer soundtracks, Nothing But The Best & The Moon-Spinners, are now available as a digital download via Apple Music or iTunes.

They can also be streamed via Spotify and similar devices.

Thanks to Clement Fontaine of Disques Cinémusique for the information.

We are grateful to David Huggins for alerting us to an opportunity to view a 1965 film documentary entitled The Australian Londoners.

The film is about the (then) large numbers of Australians working in the entertainment business in London, and includes a brief chat with Ron Grainer and other stars of his musical, Robert & Elizabeth.

We are delighted to report that SimplyMedia TV will release the BBC series Oliver Twist (1962) on 21st August 2017.

This will be an excellent opportunity to discover if Ron composed more than just the main theme with which we are already familiar.

It's also a rare opportunity to see the acclaimed character actor Peter Vaughan in an early performance as Bill Sikes!

We have added a photo to Ron's biography page 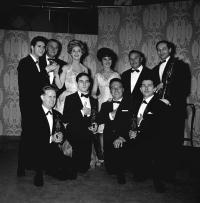 St. David's Hall, CardiffThe BBC National Orchestra of Wales present a concert of Cult TV Classics at 21.00 on Saturday 25th March 2017.They will be joined by three members of The Radiophonic Workshop: Mark Ayres, Paddy Kingsland and Roger Limb, and the programme will include Ron's themes for Doctor Who & The Prisoner.More details can be found here: http://www.bbc.co.uk/events/e853d4 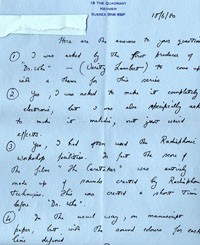 In 1980 film buff Gerald Lovell wrote to Ron, enclosing a list of what he believed to be a definitive list of his film and TV scores to date, and asking him several questions about his career.We don't know precisely what questions were asked, but they can be guessed from Ron's replies.

They begin with a reference to Doctor Who, and Ron's replies are extremely illuminating!

Tales of the Unexpected Episode Guide

Tales of the Unexpected

Tales Of The Unexpected Episode Guide

An excellent blog about Ron Grainer:

While the details of Australian composer Ron Grainer's music career in England are quite extensively described online, Rons early life in Australia has always been something of a mystery. Also links to:

On The Level
"Delia and Unit Delta Plus created music and sound effects for Ron Grainer's second play On The Level, a musical which opened in late February 1966 at The Royal Court Theatre in Liverpool and was repeated at the Saville Theatre in London, opening on 19th April 1966."

More on the Wikipedia page! 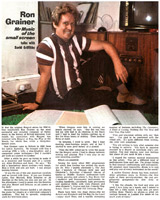 "WINDSOR - GUESTS OF THE DUKE"

THE MAIGRET THEME & OTHER FILM AND TV THEMES SINGLES

Vocalion have released "Ron Grainer & His Orchestra THE MAIGRET THEME & OTHER FILM AND TV THEMES SINGLES".

other film and TV themes singles
Recorded between 1961-77

In a surprise move, indeed, we believe, an unprecedented move, Film Score Monthly have re-issued Ron's The Omega Man CD. This was originally issued a few years ago and strictly limited to 3000 copies, but on deciding to reissue it, Lukas Kendall was influenced by a number of factors.

Principal amongst these was the demand from collectors and the availability of an improved master, but he also took into consideration the criminals selling CD-Rs of the original on eBay for vast sums and not being able to prevent it.

The new CD does not feature liner notes — only a six-panel fold-out booklet — but the complete original liner notes as well as new commentary prepared for this edition can be downloaded free on the FSM site.

"John Barry - The Man With the Midas Touch"

We are delighted to announce that our new book "John Barry - The Man With the Midas Touch" will be published this autumn, to coincide with John Barry’s 75th birthday in November.

Once again we are delighted to announce some very welcome updates to the site, with many thanks to Damian Grainer and to our regret with great delay on our side.

Mr. Marcus Brierley has graciously sent us a photo of Ron in Portugal ca. 1971 working with the Portuguese water boring  engineers.

Link to The Sunday Times article on the Doctor Who theme

From The Sunday Times March 11, 2007 The regeneration game. Update the theme tune for Doctor Who? I’d rather take on the Daleks, says Dan Cairns Article...

We're delighted to announce some very welcome updates to the site, with many thanks to Damian Grainer. These range from a photo of father and son (and dog!) to Ron's Pianoforte grade examination results!

We are extremely grateful to Marjorie Scully, nee Grainer, Ron's sister, for providing us with two excellent photos of Ron - the first we have. We hope to add more over the following weeks ...

Ron Grainer entered in the Australian Dictionary of Biography

Ron Grainer's sister and only sibling Marjorie Scully has informed us that next year Ron will be entered in the next edition of The Australian Dictionary of Biography. At last.

We have added a link to the Ron Grainer entry on the EXPERIMENTAL PROTOTYPE BBC Programme Catalogue (update April 2010, link now says "This experimental prototype trial has now concluded."

Tales of the Unexpected CD to be released

We are pleased to announce that a new CD featuring over 70 minutes of Ron's music from Tales of the Unexpected will be released later this year. Compiled from the master tapes relating to a number of episodes, this long-overdue album will be warmly received by all fans of this marvellous composer.

More details when we have them ....

Thanks to Jenny Grainer, Roger Goodman and the British Film Institute we are pleased to announce a significant update to the Ron Grainer site.

Corrections and additions have been made to the biography and several more film and TV credits have been added, most of them previously unknown to your authors.

We will continue to add to the website as and when new material comes to hand. In the meantime, please tell your friends about our site!!!

Many thanks to Jenny Grainer for updating our biography of Ron. As time goes by we hope to be expanding it considerably and also adding photos.