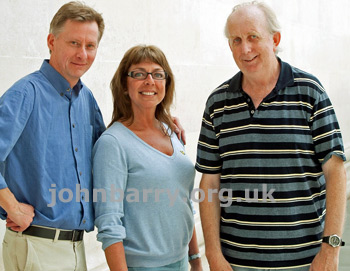 This email address is being protected from spambots. You need JavaScript enabled to view it.

Geoff Leonard was born in Bristol. He spent much of his working career in banking but became an independent record producer in the early nineties, specialising in the works of John Barry and British TV theme compilations.

He also wrote liner notes for many soundtrack albums, including those by John Barry, Roy Budd, Ron Grainer, Maurice Jarre and Johnny Harris.

He co-wrote two biographies of John Barry in 1998 and 2008, and is currently working on a biography of The John Barry Seven.

He joined the Internet Movie Data-base (www.imdb.com) as a data-manager in 2001 and looked after biographies, composers and the music-department, amongst other tasks.