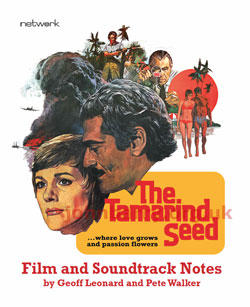 Monday 9th February is a red-letter day for fans of John Barry! This is the official release date of three Network DVD/blu-ray editions of films he scored, and, as part of the special features, each contains music suites comprising of the greater part of each score.

A very faithful re-recording of Raise the Titanic was released on CD some years ago, but this will be the first opportunity to hear Barry's score without the distraction of dialogue, and, for the most part, sound effects. The suite contains more than 40 minutes of music.

The Tamarind Seed has been the subject of bootleg CDs over the years, and appeals for an official release have been ignored to date. Fans will therefore be delighted to learn there are two music suites on the DVD/blu-ray! The first contains virtually every note of Barry's score, while the second contains not only two takes of Wilma Reading's Pye single, Play It Again, but also two versions of Barry & Don Black's first attempt at a song, namely The End, performed by Danny Street. This will be the first time it has been heard by all but a handful of the original film makers!

Lastly, we have The Legend of the Lone Ranger. Recorded by Barry in Paris in 1980, during his exile from the UK, the original LP consisted of only 26 minutes of music. The suite included here is more than twice this length and includes all the music in the film composed or arranged by John Barry. Moreover, there is a second suite consisting of the various vocals and narrations by Merle Haggard which are heard throughout the film.

Each release will also contain a booklet comprised of photographs from the film and notes on the film and music by Pete Walker & Geoff Leonard.

All the releases will be available from Network at the very competitive prices of £9.18 for the blu-ray or £6.98 for the DVD. For further information, please click on the following links: 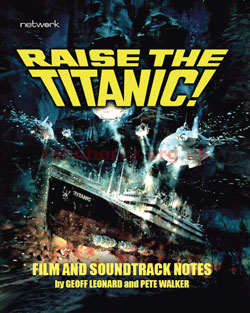 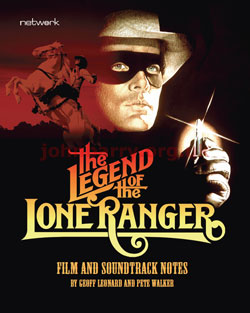 More in this category: « Kickstarter campaign to re-record Moonraker cancelled! Review of Graham Rye's Goldfinger Portfolio »
back to top