The Music of ITC 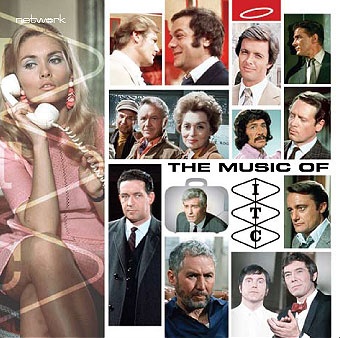 Unfortunately, despite being on of the most-loved ITC series, a lot of the music from The Persuaders! is believed to be lost in its original format. The song Gotta Get Away featured in the series' opener, Overture, and has been released on various collections since (the only release I know of is the original Columbia LP from 1971/2 by Trent & Hatch). The opening and closing credits made use of the same piece of music, reduced to a 29 second edit for the end titles.

On this set - as I predicted - we hear the original opening theme with the normal outro (i.e. without the cymbalom which was stuck on for the single release) but I think it is mono as it appears from the original series and fades quite significantly at the end.

A great shame most of the Thorne stuff is lost but my guess is that he will have it (and copies) and has so far been unable to issue it. I loved all that stuff he did and pity only one real theme is included here. Sure the main titles is Mono but hard to tell.

As I had hoped it includes both versions of the theme. One is the usual main title and the alternate theme which was only used as the end theme on some episodes - 5 if I recall. So the other episodes they just used the main title instead of the end title theme.

They list it on the CD as Closing titles alternate version so I guess it was just down to whether they had more or less credits at the end which determined which version they used - the alternate version or the reprise of the opening theme.

The other track is the Italian Main Titles which we saw on the DVD! Awful and an unknown composer. A good recording on all three tracks and could well be stereo as sounds like it - not faded too abruptly either so full marks to the compilers here as we now have 2 more rare Barry tracks on CD - 3 with the alternate Persuaders Theme.

More in this category: « Hammett, Region 1 dvd, review
back to top